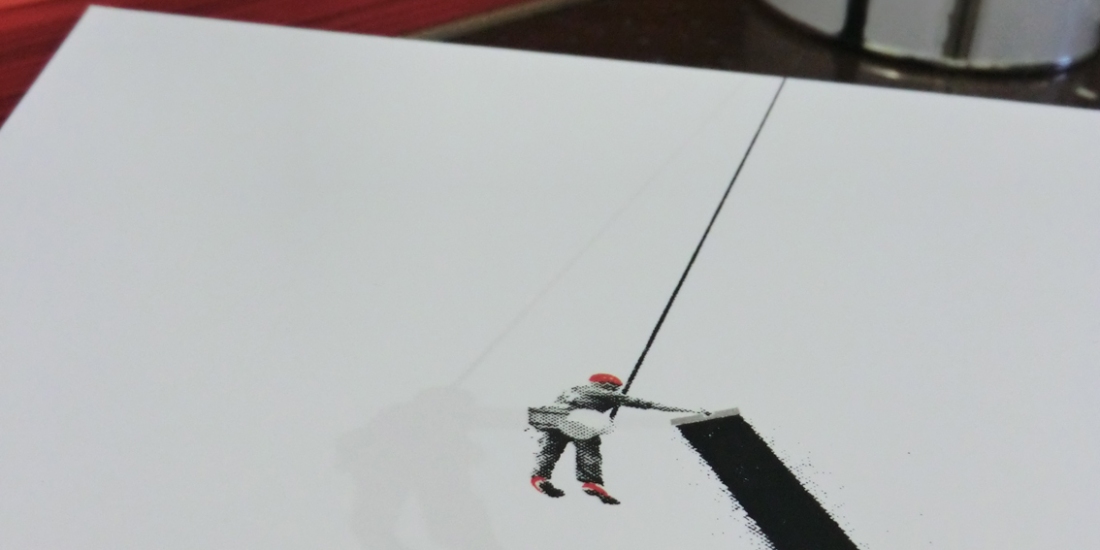 Mexican born artist now residing and working in the East End is responsible for pasting up the army of intriguing little figures that have sprang up on the London streets over the last few years.

These miniature figures (usually no bigger than a few inches) interact with one another and their surroundings creating site specific ephemeral scenarios that play out at pavement level. Hooked blog recently took some great shots of some new editions to the streets here. 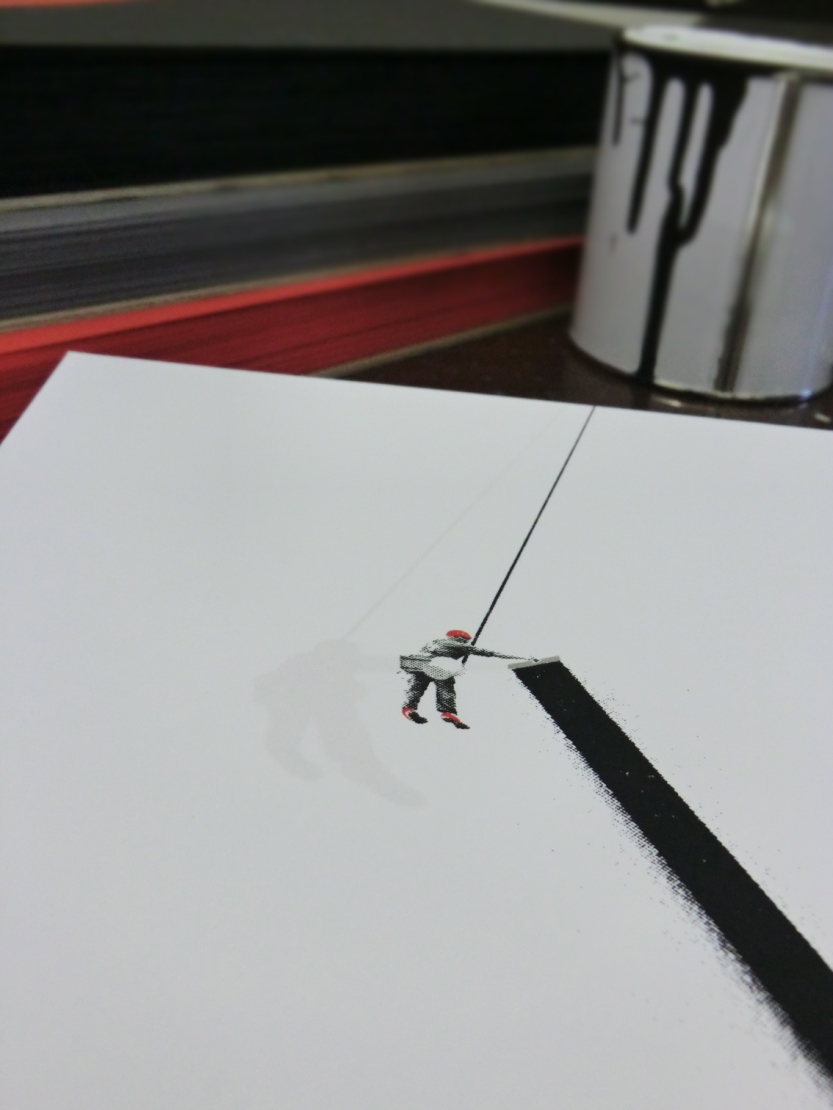 Pablo has just finished a successful show at Pure Evil gallery and up-the-arts have recently helped him to create 4 stunning prints that he has released through the Nelly Duff gallery.